Here we look at the key highlights from what is being seen as a key harvest in South Africa for 2022 that will enable the country to capitalise on its opportunities around the world. 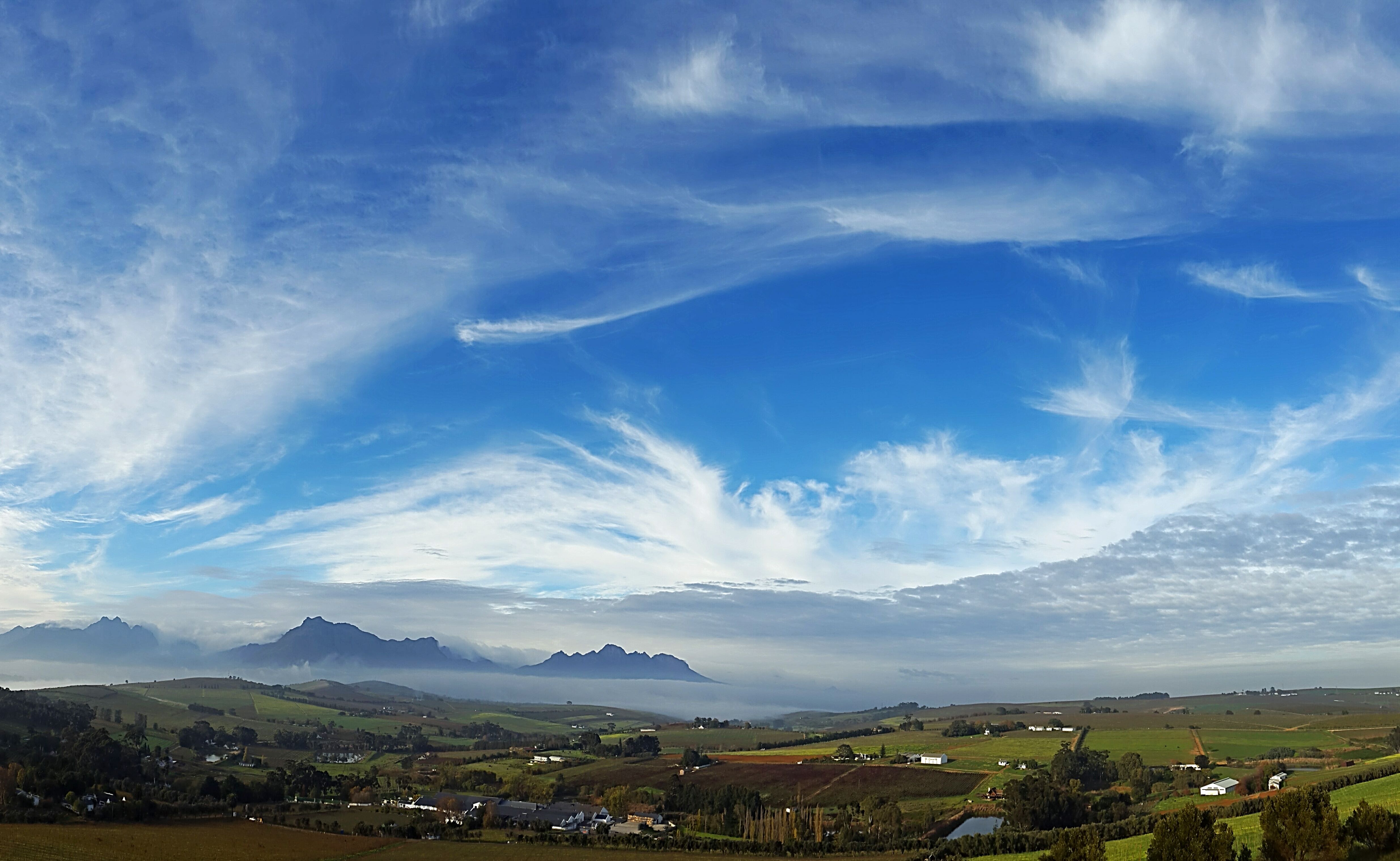 South Africa’s 2022 vintage is promising some “exceptional quality” wines, according to the country’s annual Wine Harvest Report from Vinpro, which will go some way to making up for what have been an exceptionally tough couple of years for the country’s beleaguered wine producers.

Reeling from repeated Covid lockdowns and export bans, as well as a domestic ban on alcohol sales as the president sought to control the spread of the pandemic, the industry could surely do with some good news. Shipping problems, while a global concern, have also proved a particular headache for South Africa, exacerbated by issues at the main Cape Town port terminal, the key exporting hub for the wine industry, due to a lack of containers. And of course, rising costs, again an issue faced by producers across the globe, has piled on yet more pressure, with rocketing fuel prices having a direct knock-on effect on everything else.

However, while producers are looking forward to some great quality wine, volumes are down by 5.5% on last year, with the 2022 crop weighing in at an estimated 1,378,737 tonnes, though this is still larger than the five-year average of 1,346,024 tonnes.

The smaller wine grape crop can be attributed in part to a decline in the overall vineyard area due to the uprooting of vineyards, which has resulted in land dedicated to wine grape shrinking from 105,000 hectares to roughly 92,000. Meanwhile, the number of primary grape producers has also contracted down from approximately 3,500 to 2,600. 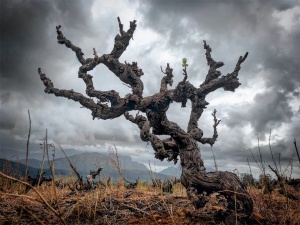 Not only are there fewer producers and vineyards, but disease pressure was also a contributing factor towards the lower yield, caused by untimely rainfall just before or during harvest time, and isolated cases of sunburn as a result of heatwaves in certain regions.

“South Africa’s wine industry is spread over a wide range of cultivation areas with diverse climatic conditions that affect the harvest differently in each region,” said Conrad Schutte, consultation service manager of wine industry body Vinpro, which along with Wines of South Africa and SAWIS was responsible for the report. “Most wine grape growing regions yielded a smaller crop, with the exception of the Cape South Coast and Stellenbosch regions.”

“A cool season and moderate weather conditions in most regions during harvest time slowed down ripening, which gave vines the opportunity to develop stunning flavour and colour in this year’s wine grape crop,” continued Schutte, adding that harvest was delayed on average by 10 to 14 days. However, he claims this has resulted in some exceptionally good wines.

“Wine lovers are in for a treat when buying wines from the 2022 vintage. We’re really seeing striking colour and flavour extraction from grapes in the cellar, thanks to a cooler season that slowed down ripening and provided the opportunity for these components to develop optimally.”

Early varieties were harvested at good flavour and sugar concentrations, with lower acidity and a higher ph. Later cultivars benefited from dry, moderate temperatures during ripening, which led to full ripening at good sugar and alcohol levels.   The wine production for 2022 – including juice and concentrate for non-alcoholic purposes, wine for brandy and distilling wine – is expected to amount to 1 072.4 million litres at an average recovery of 778 litres per ton of grapes.

"Despite harvest 2022 being slightly more challenging for our winemakers, we have already had the opportunity to taste some of the first releases of white wines, which have shown superb quality and are likely to aid the premiumisation of the category,” confirmed Siobhan Thompson, CEO of Wines of South Africa (WoSA).

“While we are still seeing a continued interest in South African Sauvignon Blanc and Chardonnay, the continued challenges faced by exporters due to the global shipping chain constraints is somewhat of a dampener, which the industry hopes to mitigate in due time.”

South Africa is the eighth biggest wine producer world-wide and produces around 4% of the world’s wine. The wine industry contributes more than R55 billion to the country’s gross domestic product (GDP) and employs close to 269 000 people throughout the supply chain, of which more than 80 000 work on farms and in cellars.

Most regions had sufficient water to use for post-harvest irrigation and fertilizer. Leaf fall occurred at around the normal time in May, and most producers planted their cover crops somewhat later than normal. Where downy and powdery mildew occurred, wine grape producers applied post-harvest fungicides. 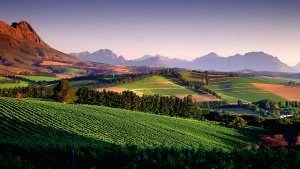 Winter conditions were excellent, characterised by mostly above-average cold units and frequent snow on high-lying areas of the Cape Fold Mountains.  Most wine growing regions received higher-than-normal rainfall that supplemented groundwater levels, with the exception of the Northern Cape which is a summer rainfall region.

Due to a cool, wet spring, budding was seven to 14 days later than normal on average, but consistently good and even. The cool weather also delayed initial shoot growth. Most vines started to catch up by flowering, which occurred about five days later than usual.

Set occurred at a good tempo and was mostly even, with shoots and leaves starting to grow vigorously as temperatures increased in December. This meant the employment of additional canopy management such as leaf removal, tipping and topping, according to growth per region, cultivar and wine goal.

Following a cool runup to the season, sudden heat peaks in December and January resulted in sunburn damage on grapes in certain regions. At the same time, other regions experienced unexpected rainfall, which led to high disease pressure that caused challenges in minimising the effects of powdery and downy mildew.

Harvest time was delayed by ten to 14 days in general. As temperatures remained moderate throughout the rest of the season vineyards took their time to reach optimum ripeness. 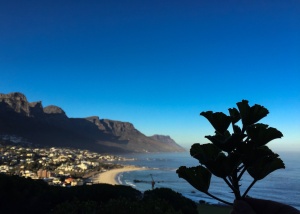 South Africa exports around half of its total wine production, with the biggest overseas market being the UK where sales last year jumped by a fifth (20%), compared to 2021, according to SAWIS figures released earlier this year. Volumes too were up by a healthy 12%. Other key markets include Canada, the US, Netherlands, Germany and Sweden. Europe, including the UK, accounts for 50% of all exports, while Africa is growing in importance for South African wines.

With a mere 8% of South Africans being wine drinkers, generally preferring beer, the African continent is slowly opening up to wine drinking. East Africa, including Kenya and Tanzania, are areas of growth, while Mozambique, just across the border, is also showing healthy growth, largely due to the increase in tourism to the country. Ghana, Uganda and Nigeria are also strong markets for South African wine, as well as Angola.

The 2022 season was late and drawn out and will be remembered for extremes including a cool growing season and a sudden heat peak in February. The crop is likely to be slightly smaller than the record harvest in 2021.

Availability of water combined with ideal winter conditions, laid the foundations for an exceptional season, despite challenges due to fungal pressure and cool, wet weather during summer months. The wine grape crop is expected to be somewhat larger than in 2021.

The 2022 vintage in the Klein Karoo region will be remembered for its particularly late harvest and although the crop may be smaller than in 2021, producers expect good quality wines.

This region experienced one of the toughest seasons in years for wine grape producers along the Orange River, characterised by above-average rainfall, high disease pressure and flood risks. Yields were much lower than normal, but producers are hopeful that they will produce a larger crop in 2023.

A challenging season due to high disease pressure, heatwaves, and uneven ripening, though producers who followed good management practices faced significantly fewer challenges and can boast good yields. The region’s wine grape crop was smaller than in 2021.

The 2022 vintage will be remembered for a cool season, followed by a sudden temperature spike from January, which contributed to a smaller wine grape crop than last year. Where good vineyard practices were followed, vineyard blocks delivered exceptional grape analyses and wine quality.

Although smaller than the record crop of 2021, this vintage still boasts an above-average yield and quality. The season was extremely drawn out with several challenges, but producers were fortunate to have sufficient irrigation water.

Ideal winter conditions that supplemented water reserves and contributed to even growth provided an excellent foundation for the 2022 crop, which is expected to be larger than the 2021 crop. Judging by the quality of the wines that are currently in the cellars, the region anticipates another classic Stellenbosch vintage.

Harvest time started later than normal due to cool weather conditions until the end of December, followed by extremely hot weather during harvest time that accelerated ripening and placed pressure on cellar capacity. The average yield is lower than the previous year, but promising wines are under way.

The 2022 harvest started later than normal due to a cool growing season. The crop was smaller than in 2021, but still above average for the region. Wine quality seems promising and consumers can expect outstanding red wines. 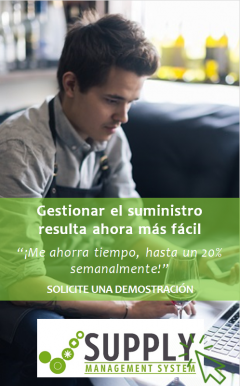